The Future of Your Building's Energy Supply 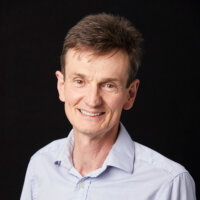 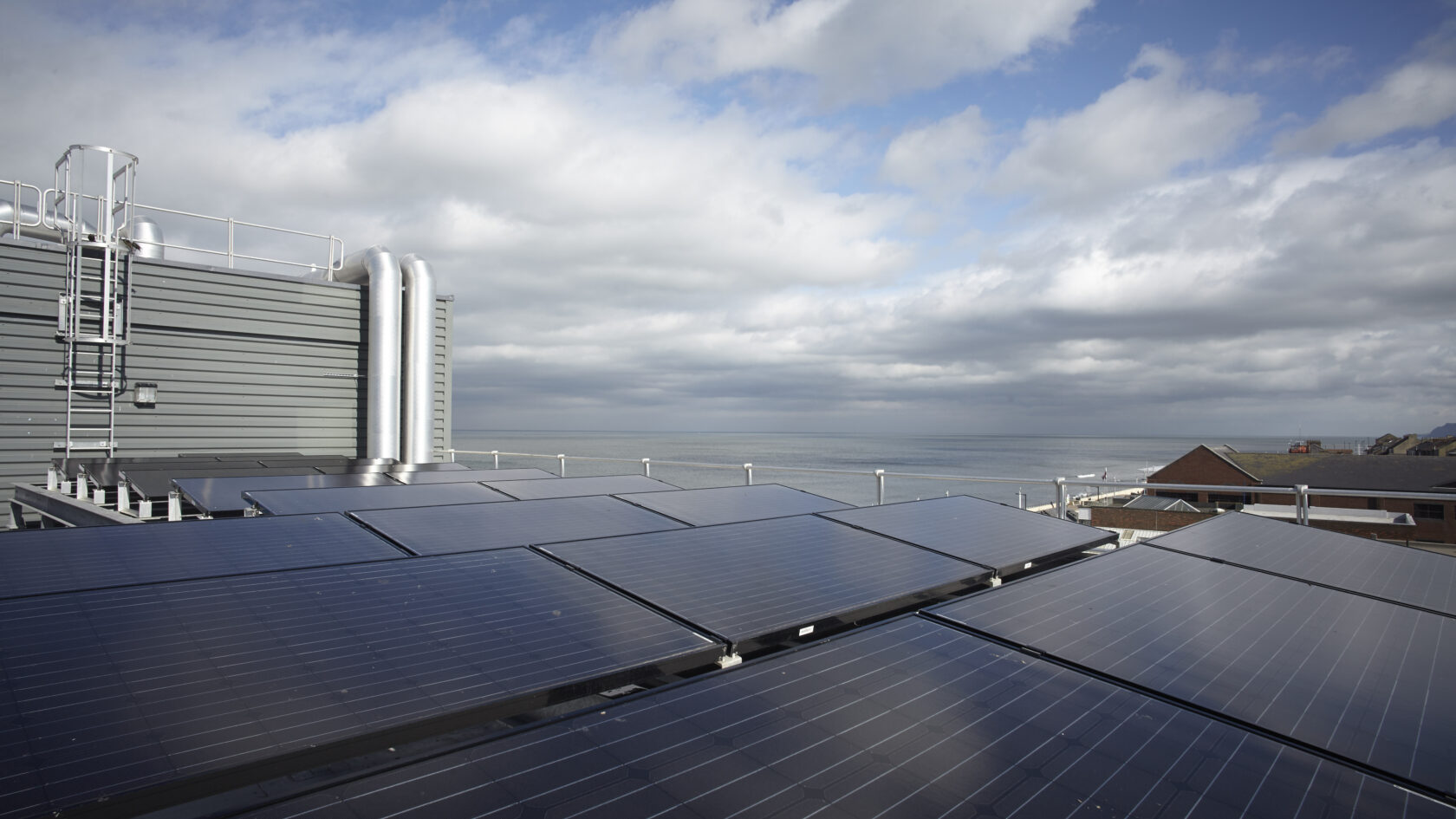 When it comes to a source of energy most building owners are currently faced with the choice of using natural gas or electricity to meet their energy needs. However, what does the future of energy generation and supply look like? What choices does a building owner need to make today if deciding how to heat and power their building over the coming decades?

The ability to effectively harness energy has catapulted human development, making our lives unrecognisable from two or three hundred years ago. Back then the main source of work was muscle power and the fuel had to be edible. Sun and wind had their place but had to be used as you found them. Wood and fat from animals (i.e. biomass) were the most common source of stored energy for heat and light.

Coal, oil and natural gas are fossil fuels. They are formed from biomass over hundreds of millions of years. Together with the technology advances started during the industrial revolution the extraction of ever more fossil fuels and natural resources and has made comfort, fast travel, and ample and diverse foods not only possible but available to many of the world’s population.

The main component of a fossil fuels is carbon that was absorbed out of the atmosphere by the photosynthesis of plants whilst they were alive. When burnt for energy, fossil fuels release stored carbon (as carbon dioxide) back into the atmosphere. It turns out that releasing hundreds of millions of years’ worth of photosynthetic activity over a few decades does make a significant difference to the concentration of CO₂ in the air and this is driving global warming and climate change.

Fossil fuels are burnt in a boiler or engine. Besides releasing CO₂ there are other gas pollutants such as soot, NOx’s and sulphur. The amount of pollutants will depend on the quality of the fuel and technology used to burn it. “Dirty” coal and dense fuel oil used in shipping are particularly bad but natural gas (Methane) is relatively clean. Coal being mainly carbon releases more CO₂ into the air than methane that has hydrogen as well as carbon.

So What Are the Alternatives?

As with most things there are many other factors and externalities to consider when looking for alternatives to fossil fuels. Fossil fuels are generally easy to store, they are compact, easy to transport, very controllable, relatively safe and cheap, so they are a hard act to follow. None of the alternative energy sources have all these benefits as yet. The externalities include the other waste products, land use, the preservation of habitats and amenity of space that are involved in the making or using the fuel. .

Biomass is basically fossil fuel before it has fossilised, and it shares the benefits of being compact and stored energy. As such it is seen as a drop-in replacement. The idea is that the carbon released in burning the biomass is absorbed in the growing of new biomass so ultimately living in balance. “Biomass” is a term that covers a variety of materials whose provenance will wildly affect how it should be judged. Collecting off cuts from a managed forest or collecting food waste is quite benign but of limited availability. To make a real dent in the use of fossil fuels, the process needs to be industrialised with very large areas of land devoted to biofuels. This will come at the expense of wild habitats such as rain forests or agricultural land. As a way of capturing the sun’s energy it is about a fiftieth as efficient as a PV. That is, you would need 50 times the land area of biomass to capture the same amount of energy plus you need to add water and fertiliser.

Waste is seen as a low carbon source of energy. Like biomass the term covers a multitude of sins. Generally speaking, “waste” is a mixture of products that were either created from fossil fuel (e.g. plastics) or biomass (wood, paper, food waste). A biogas digester fed with animal and food waste will produce methane that can be injected into the gas grid. It is a clean process that allows the recovery of the other products such as nutrients for fertiliser, soil conditioner compost and even clean CO₂ to be used in industry. An incinerator in contrast takes a mix of waste that can contain several pollutants and burns them. Some of the heat can be recovered to make electricity or to provide heat via a district heating system, but all the material is either turned into ash or gas and put into the atmosphere. None of the potential residual value of the materials is retained. It certainly gets rid of a waste problem for a municipal authority but at the expense of other externalities. For the amount of CO₂ it releases for the energy produced it is certainly not “Low Carbon”.

Carbon Capture and Storage is a technology that seeks to capture the CO₂ produced from power generation and other industrial processes and store it in underground reservoirs previously exploited by the oil and gas industry. This is a get out of jail card for the fossil fuel industry that is making some progress but is not well developed. However, it does provide an industrialised method of putting the carbon back into the ground and if used with the flue gas from burning biomass can be seen as taking carbon out of the atmosphere and to start to reverse the increase in CO₂ levels.

Hydrogen is a very clean fuel that only produces water when burnt. Being a gas, it has similar advantages to methane but because it is a smaller molecule it escapes more easily, needs to be compressed more to get the same energy into a container and it liquifies at a much lower temperature. With some modification to the existing natural gas network it could be used to displace some methane. It seems likely that 20% of the methane in the gas grid could be displaced with hydrogen without affecting boiler equipment. Moving to fully decarbonised 100% hydrogen gas grid is a possibility but would require investment in the gas infrastructure and changes to individual appliances. This is not unprecedented in the UK. From the late 1960’s there was a switch across the country from town gas (hydrogen and carbon monoxide) to natural gas that required similar modifications.

Hydrogen needs to be made. Currently this is mainly from fossil fuels. There is the potential to make it from methane reformation and to capture and sequester the CO₂ arising from the process so the hydrogen can claim to be zero carbon. The future promise is making the hydrogen by splitting water in an electrolyser using power from renewable resources. This would make it a fossil free fuel. However, the system efficiencies of electrolysis mean that you would only be able to get back half to a third of the electrical energy you put in. It would be more efficient to use renewable electricity directly or store it in a battery if you can. The main benefits of hydrogen may be for longer term energy storage, or as a fuel for heavy vehicles.

Wind and PV power generation are the great success story in renewable power generation over the past 30 years. The cost of the electricity produced by them is now comparable or lower than new build fossil fuel plants and dropping. Offshore wind around the UK is coming in at 4p/kWh and utility scale PV electricity is getting below 1p/kWh in sunny places like Portugal. They should be sited in windy or sunny places to maximise the energy captured for the cost of the investment. Their externalities are about land and space use. Because they are capturing a diffuse energy source, they need a lot of area compared to a fossil power station and that can compete with other land uses like agriculture or forest. The main issue is the affect on the amenity value of the land and some people don’t like looking at them.

Although the power from wind and PV is cheap it is also intermittent and won’t necessarily match the demand for power. There are various techniques to overcome this that involve a combination of modifying use to match the availability of power [load management], storing the energy in batteries, hydrogen, or hydropower schemes; interconnecting distant areas with high capacity cables on the basis that it will be either windy or sunny somewhere at any one time; or installing more generation and spilling it when you don’t need it.

Hydro and tidal power are a very reliable source of renewable energy. It is particularly cost effective when done at very large scale and can dispatch the power to suit demand. The social and ecological damage of flooding large areas of land and affecting the water flows in the river systems make these difficult to justify now. Smaller schemes that put turbines in rivers without damming them are less damaging but less cost effective. Pumped hydro that moves water from a lower reservoir to a higher reservoir is an effective store of electricity. They are large, capital intensive projects which look like they would be undercut with the rapid progress on batteries.

As a low carbon energy source, Nuclear power is considered a robust option for large scale reliable power generation. Unlike wind and solar the energy source is highly concentrated making the facilities tiny compared to the area of wind farms and solar arrays. They are apparently very safe now. However, the issue of the waste from the facilities is still at large. But the main issue is the huge cost and risks of these large projects. While the cost of renewables is flying down nuclear power remains very expensive and having to be underwritten by governments in what looks increasingly like a bad deal. The projects seem to be stopping for one reason or another. As such the renewable options may win out on simple expediency.

So What Will Happen?

The National Grid has done some interesting scenario planning of the future. One can see that expanding wind energy is quite do able. The industry is now on a good commercial basis and it is easy to see how this could be scaled up. What is less clear is the role of hydrogen and CCS, both nascent technologies that are yet to commercialise. It seems that hydrogen will play some role for storage and perhaps transporting energy from low cost solar providers. How much of a role it has in transport (as opposed to batteries) or heating in the gas grid (as opposed to heat pumps) is not clear. Whereas hydrogen has a value in providing energy, CCS’s value is only in not emitting CO₂ or taking it from the atmosphere. Some regulatory environment is needed to pay for it and make it happen. Given the amount of infrastructure and upfront cost and tax implications of these technologies, the government will have to make the calls in the coming decade.

A History of Carbon Dioxide Emissions By the World Resources Institute

The Benefits of Daylight
Article